It’s that time of the month again…

I love the end of the month, as it is “Mollie Makes” – Time…

do you know “Mollie Makes”? If you are British, you might have come across it, and there is a German version available in Germany as well.

It’s a monthly Craft Magazine, which covers a range of craft with a focus on needlework (knitting, crocheting, sewing), but they also write a lot about what’s going on in the crafty scene, blogs, trends, events, book reviews…

I like it a lot because a) it’s lovely made, great photos, there’s always a “goodie bag” with the monthly UK version with all the stuff you need for a little project so it b) gets me interested in the world beyond knitting and c) it is a bit quirky.

So. End of October it is, and I can sit down on a quiet afternoon, sip a cup of coffee, read my magazine, and get well again… 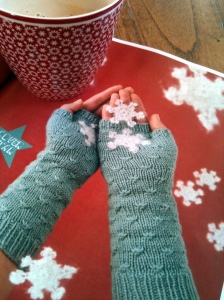 I love these fingerless mitts!

current mood: a bit tired
current soundtrack: Sophie Solomon – I can only ask why
planned projects: these mitts!

…I am very far from being more than a casual knitter, and have only recently returned to knitting  after years of absconding…however I’m enjoying it immensely. I am still wondering why this simple movement of two needles which produces (sometimes) something wearable is providing me with so much pleasure and entertainment…

…then, on the other hand, I discovered recently that I’m much more able to concentrate whilst I’m doodleling – a habit which is considered at least impolite by some, and very offensive by other people.

I guess there is a connection between the two – something about keeping your hands busy to allow the brain to process information or something – any brain scientist out there who might be able to shed some light on this?

Anyway: this is what I’ve been working on since this summer:

solar dyeing – something fabulous in my opinion, if you have little time and are willing to deal with surprises – you put stuff into a jar and leave it in the sun for two weeks…you’ll find lots of information on the net, for example here:

also, there are some groups for natural dyeing wool on ravelry, both in English and in German 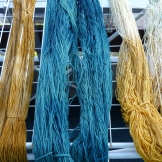 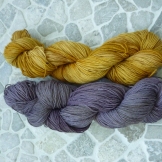 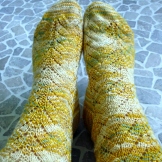 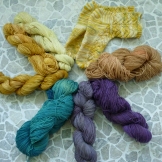 Knitwise, I have finished my Hitchhiker on my way to France, and have currently a lot of stuff on the needles: 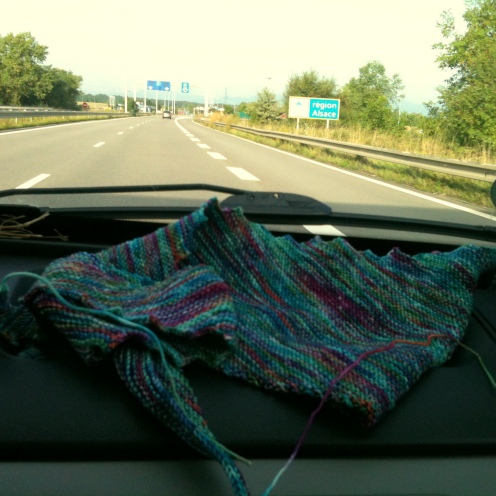 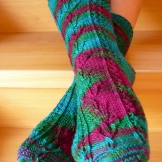 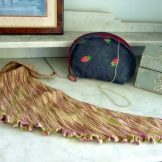 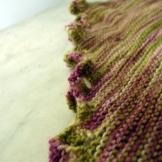 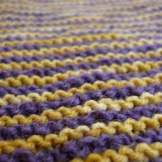 Quirina Cardigan from the current issue of Verena Stricken Herbst 2013

I am also suffering a severe case of “starteritis”, and I’m only glad that the lovely women of my local knitting group – and hopefully this blog! – are teaching me some perseverance…on the other hand: because of my parallel knitting several things, I had a time in June in which I finished about three pair of socks and a scarf within two weeks…

Some more, not knitting related news: We went for a walk yesterday – we had the first bit of sunshine for about a week, discovered a lot of nice spots in the Black Forest…my fellow knitting retreat guests would have loved all the funghi we discovered… 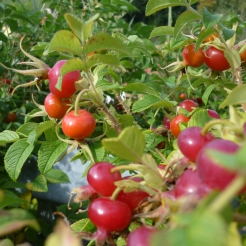 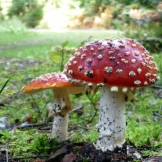 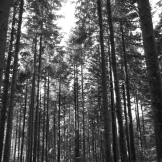 in the end, we went to a cafe with yummy cakes, salads and coffee…

and then this happened: 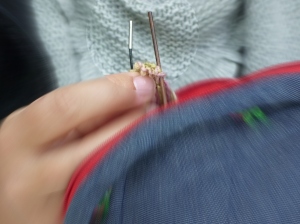 …I was definitely not amused, as you can imagine…no knitting for about three hours!

…but it was a lovely sunday nonetheless 🙂